‘1982: THE SUMMER OF MOVIES’ Series. Co-presented by Beyond Fest!

The hosts of the hit Star Trek podcast TrekMovie hailed as “The Best Star Trek Podcast of 2021,” Mark A. Altman (The 50 Year Mission, Free Enterprise, Pandora) and Daren Dochterman (Star Trek: The Motion Picture – Director’s Edition) are joined by Walter Koenig to discuss his role in Star Trek II and why Khan never forgets a face.

In part one of the three-part story arc, the genetically engineered Khan, played with ferocious energy by Ricardo Montalban, escapes from a 15-year exile to exact revenge on James T. Kirk (William Shatner). Leonard Nimoy, DeForest Kelley, George Takei, Walter Koenig, Nichelle Nichols and the rest of the Enterprise crew must stop him from obtaining Project Genesis and using its power as a doomsday device. 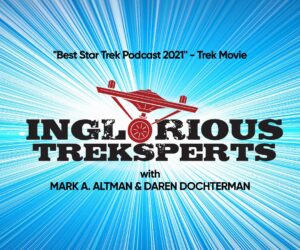