Program begins with the theatrical premiere of Ana Lily Amirpour’s short film “Ride It Out.”

Cannibals, kidnapping, and a drug-soaked desert society surround Arlen, a young woman (Suki Waterhouse) who has been abandoned in a Texas wasteland. As she struggles to find her footing in this new life, she is met by the mysterious Miami Man (Jason Momoa) and The Dream (Keanu Reeves) and soon discovers that being good or bad mostly depends on who’s standing next to you.

Amirpour made her first film at age 12, a horror movie starring guests of a slumber party. She has a varied background in the arts, including painting and sculpting, and was bass player and frontwoman of an art-rock band before moving to Los Angeles to make films.  Her visually dynamic and color-imbued body of work embodies the mantra, “to make the weird real.” She is known for her feature-film debut, A GIRL WALKS HOME ALONE AT NIGHT, the “Iranian vampire spaghetti western” which premiered at the Sundance Film Festival in 2014 and was the opening selection for the New Directors/New Films series at the MoMA in New York City. The film was awarded the Revelations Prize at the Deauville Film Festival and was given both the Carnet Jove Jury Award and the Citizen Kane Award for Best Directorial Revelation from the Sitges Film Festival. At the 2014 Gotham Awards, Amirpour was honored with the Bingham Ray Award, given to an emerging filmmaker with distinctive creative vision and stylistic adventurousness that stands apart from the mainstream.

Amirpour directs music videos and television alongside her films; most recently she helmed “The Outside,” an episode of Guillermo Del Toro’s anthology series, CABINET OF CURIOSITIES, for Netflix.  She has created comic books based on A GIRL WALKS HOME ALONE AT NIGHT and in Spring 2023, she will publish an intimate book of journal entries collected from her iPhone called Sent From My Slimy Brains.  She currently resides in Los Angeles, California. 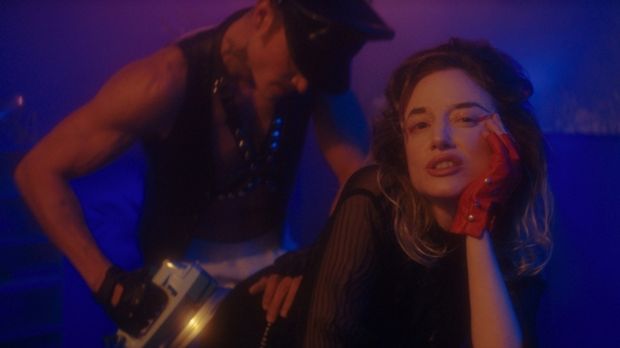