Free Screenings made possible by 20th Century Studios and Hulu

Set in the Comanche Nation 300 years ago, PREY is the story of a young woman, Naru, a fierce and highly skilled warrior. She has been raised in the shadow of some of the most legendary hunters who roam the Great Plains, so when danger threatens her camp, she sets out to protect her people. The prey she stalks, and ultimately confronts, turns out to be a highly evolved alien predator with a technically advanced arsenal, resulting in a vicious and terrifying showdown between the two adversaries. PREY stars Amber Midthunder (“The Ice Road,” “Roswell, New Mexico”), newcomer Dakota Beavers, Stormee Kipp (“Sooyii”), Michelle Thrush (“The Journey Home”), Julian Black Antelope (“Tribal”), and Dane DiLiegro (“American Horror Stories”) as the Predator. The film is directed by Dan Trachtenberg and written by Patrick Aison (“Jack Ryan,” “Treadstone”), with a story by Patrick Aison & Dan Trachtenberg based on characters created by Jim Thomas & John Thomas. It is produced by John Davis (“Jungle Cruise,” “Predator”), Jhane Myers (“Monsters of God”), and Marty Ewing (“It: Chapter Two”), with Lawrence Gordon (“Watchmen”), Ben Rosenblatt (“Snowpiercer”), James E. Thomas, John C. Thomas, and Marc Toberoff (“Fantasy Island”) serving as executive producers. Under the watch of producer and member of the Comanche nation, Jhane Myers, PREY is the first film to ever be entirely dubbed in Comanche and subbed in English.

We will be presenting PREY (Comanche Version) with an introduction by producer Jhane Myers.

PREY will stream August 5, 2022, as a Hulu Original in the U.S., Star+ in Latin America, and Disney+ under the Star banner in all other territories.

Aero Theatre | Q&A with select cast and filmmakers to be announced. Advance Screening Co-Presented by Beyond Fest. 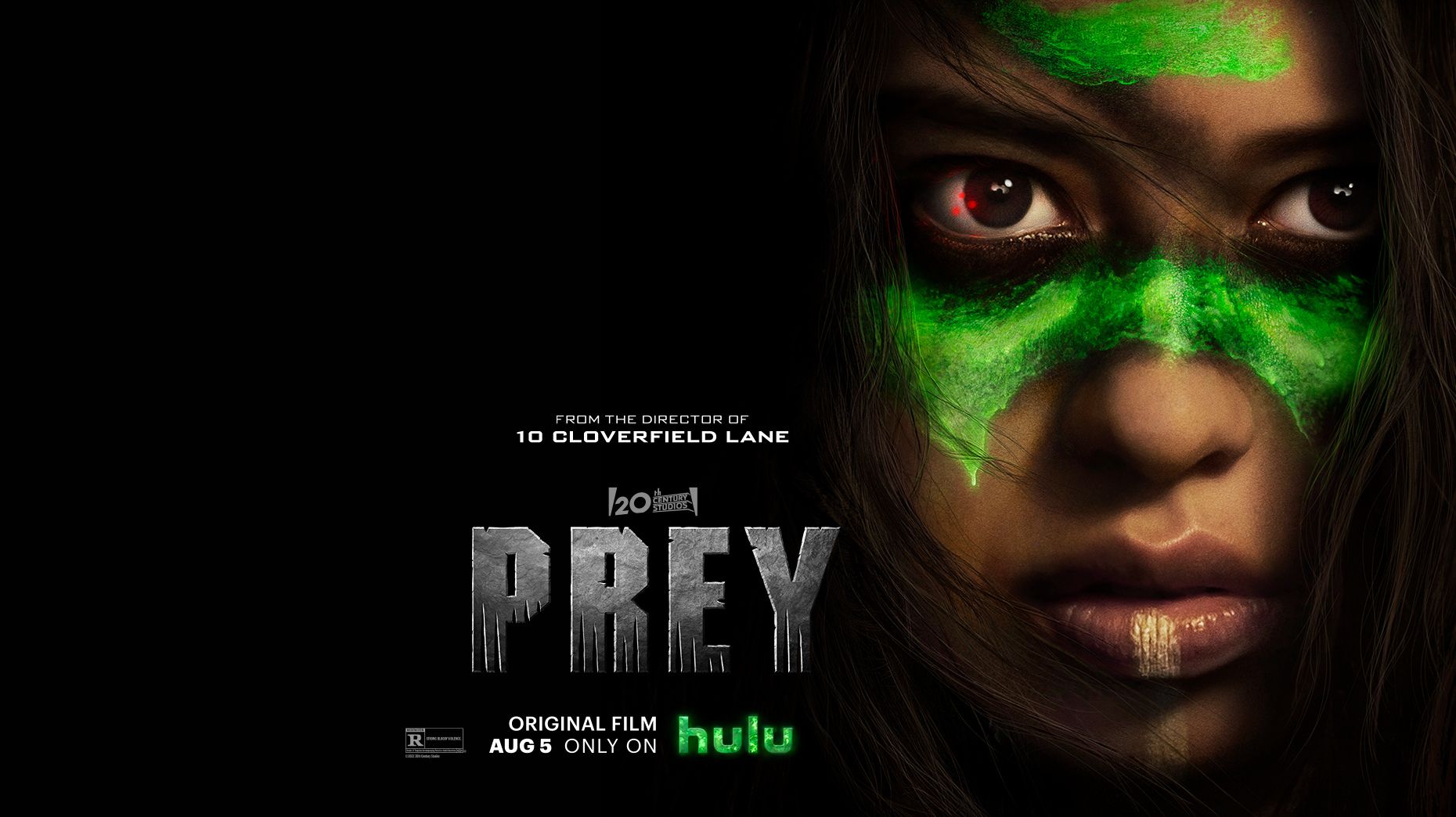 Free Screening made possible by 20th Century Studios and Hulu