The American Cinematheque is proud to present six masterworks from Miklós Jancsó, the first internationally recognized auteur of modern Hungarian filmmaking and the creator of a unique and highly influential film language. Largely unavailable in the U.S. until now, Jancsó’s films arrive in stunning 4K restorations, courtesy of Kino Lorber, many of which make their U.S. premieres during this month-long retrospective at the Los Feliz 3 Theatre.

Throughout his career, Jancsó examined the room for manoeuvre of history, oppressive authority, manipulation and the individual, a set of interests fundamentally determined by his roots and the vicissitudes he experienced as a youth. Raised in a mixed Romanian-Transylvanian large family, Jancsó found himself resettled in Hungary during the First World War after his Szekler father was sentenced to death in absentia. During the next two decades, Jancsó began to study law, until being taken prisoner during the Second World War. It wasn’t until the early 1950’s that he began to study film, working first as a reporter to shot documentaries, reports and newsreels, and going on to direct feature length documentaries.

Jancsó’s originality became evident in his third film, CANTATA (1963), a confessional work of the Hungarian New Wave, based on his own experiences as a POW. From a psychological point of view, the ‘Jancsó’ philosophy of existence is expounded: the struggle for freedom and the vulnerability of human life, the battle with the demons of history and violence. These themes come to further fruition in THE ROUND-UP (1965), the film widely considered his masterpiece and the one that launched his international success. With this film, Jancsó’s expressive modality comes into focus behind the 19th century tale of outlaws controlled by the manipulative techniques of authority. Visual motifs were a part of his unique style: characteristically long, choreographed takes that became the descriptive tools of the spatially displayed history, the puszta as a symbol of the Hungarian landscape, the fortification with barbaric pits reminiscent of Turkish prisons where prisoners were held, nudity as a symbol of vulnerability, a unique rhythmic camera motion and individualized choreography of crowd movements.

The parable-like attitude, form and style of THE ROUND-UP determined the abstract thought process of works by Jancsó through his most creative and successful period. THE RED AND THE WHITE (1967) examines the Russian civil war, THE CONFRONTATION (1968) that came out of the 1968 ideal looks at the NÉKOSZ movement, WINTER WIND (1969) the Croatian Ustaša nationalist movement, RED PSALM (1971) the agrarian socialist movements of the late 19th century, and ELECTRA, MY LOVE (1974), a Greek tragedy that parallels the Hungarian Communist Party.

From the mid 1970s on through the early 2010s, Jancsó continually adapted his unique style until his death in 2014. During that period, Jancsó was made an honorary university professor of the Academy of Drama and Film in 1988 and taught at Harvard University between 1990-92. He received lifetime achievement awards at Cannes in 1979, Venice in 1990, and at the Hungarian film review in 1994, and in 2004 he became a Hungarian Master of Motion Picture. 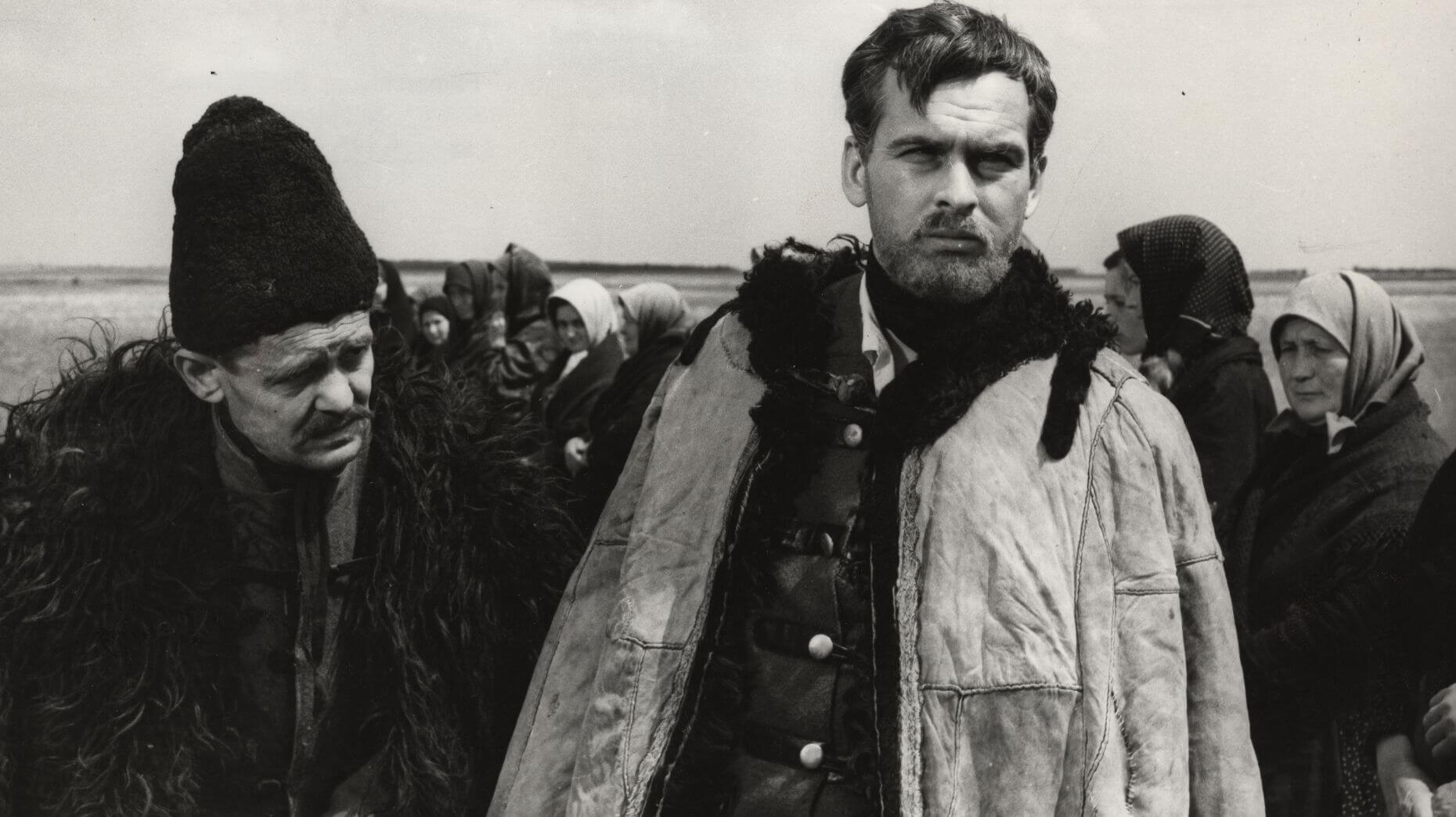 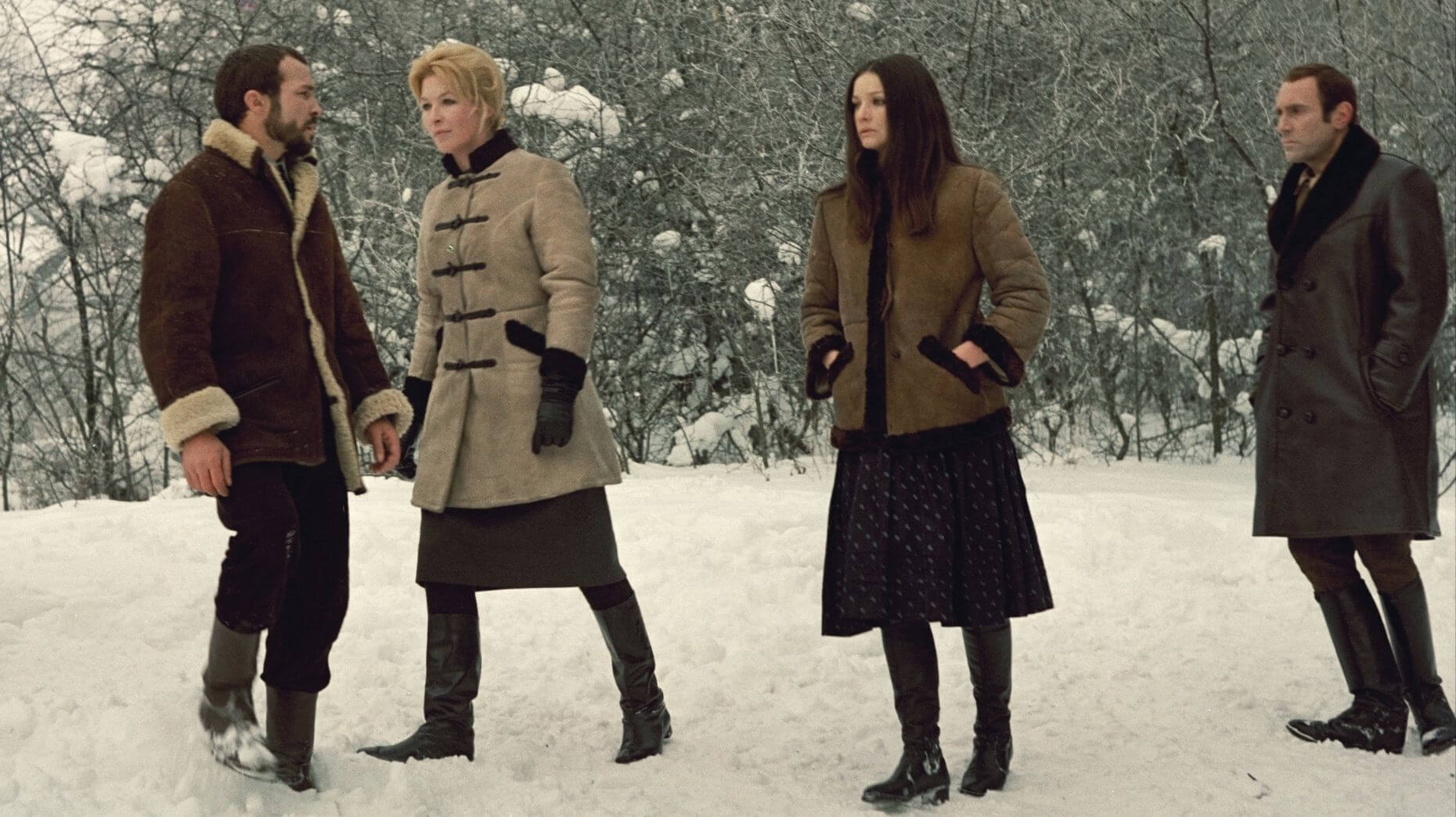 THE RED AND THE WHITE 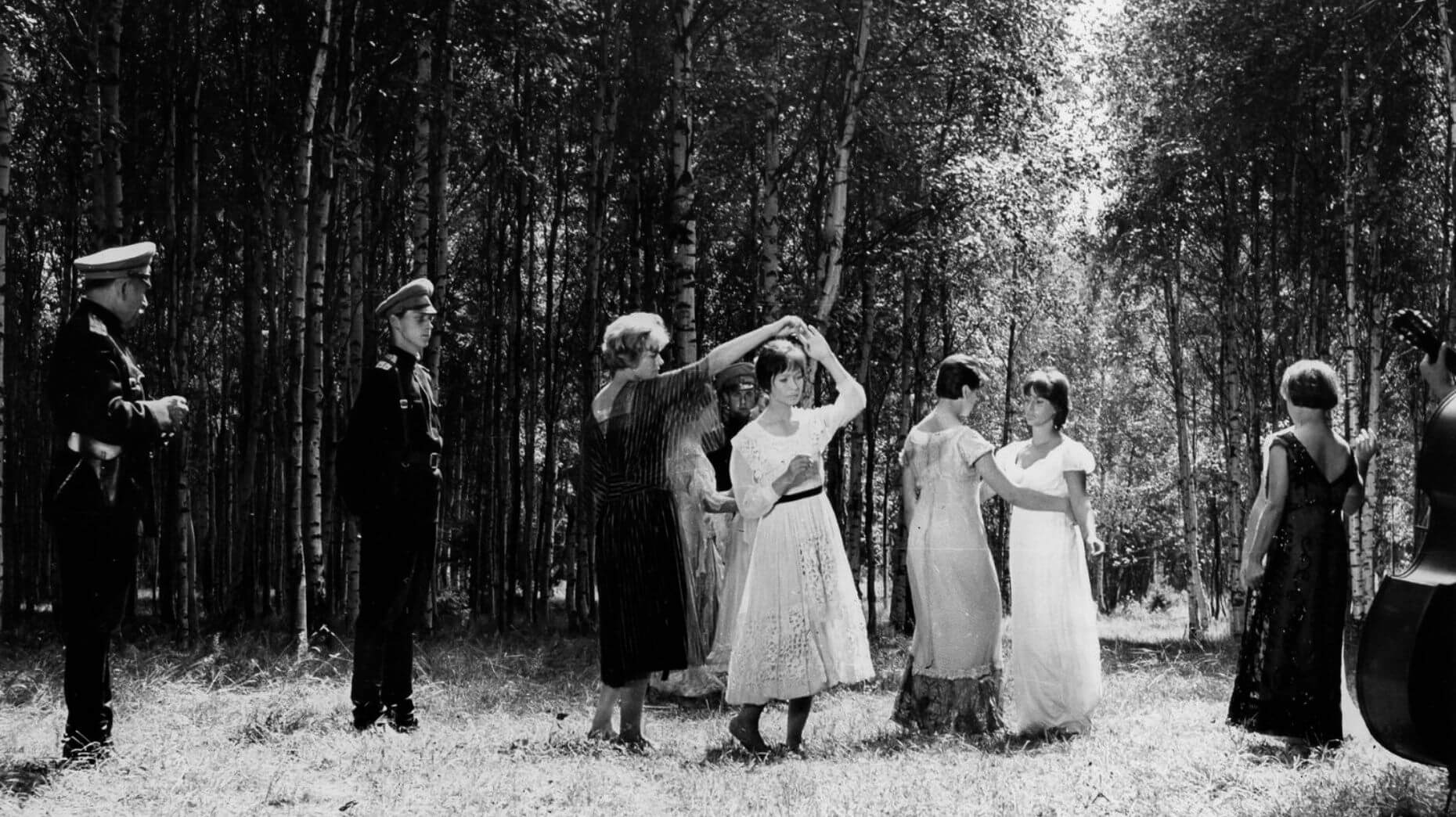 THE ROUND-UP / THE RED AND THE WHITE 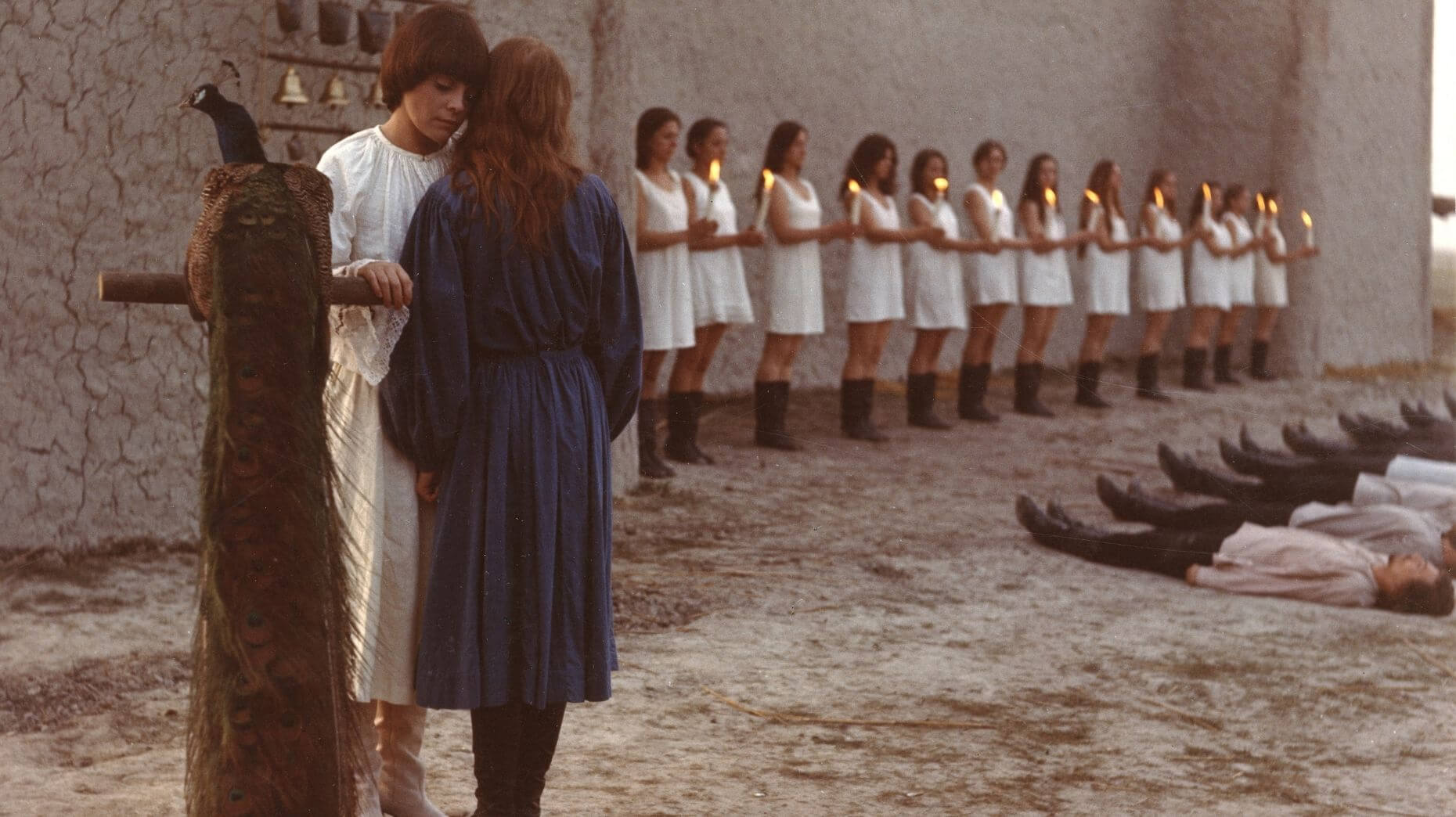 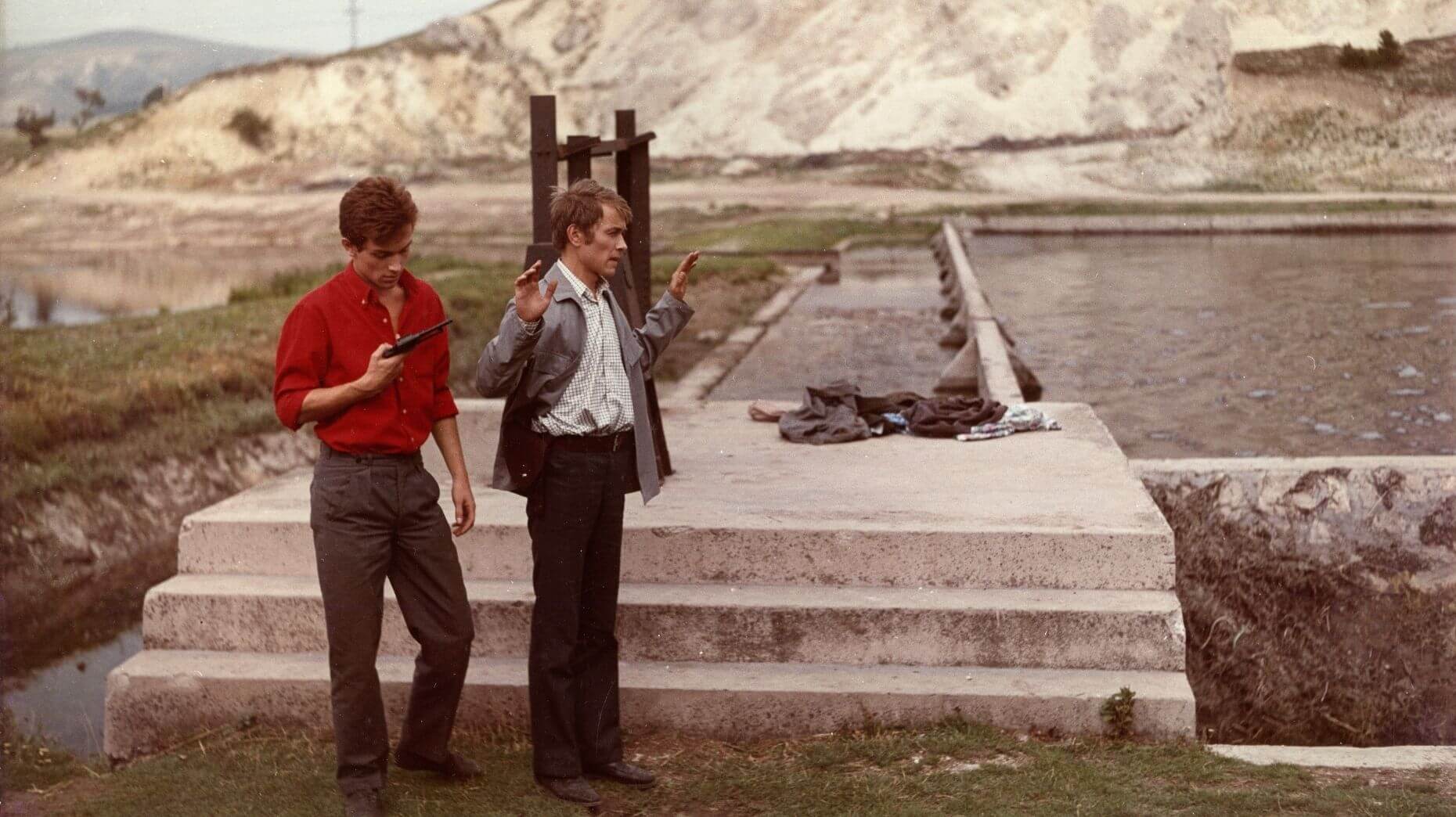 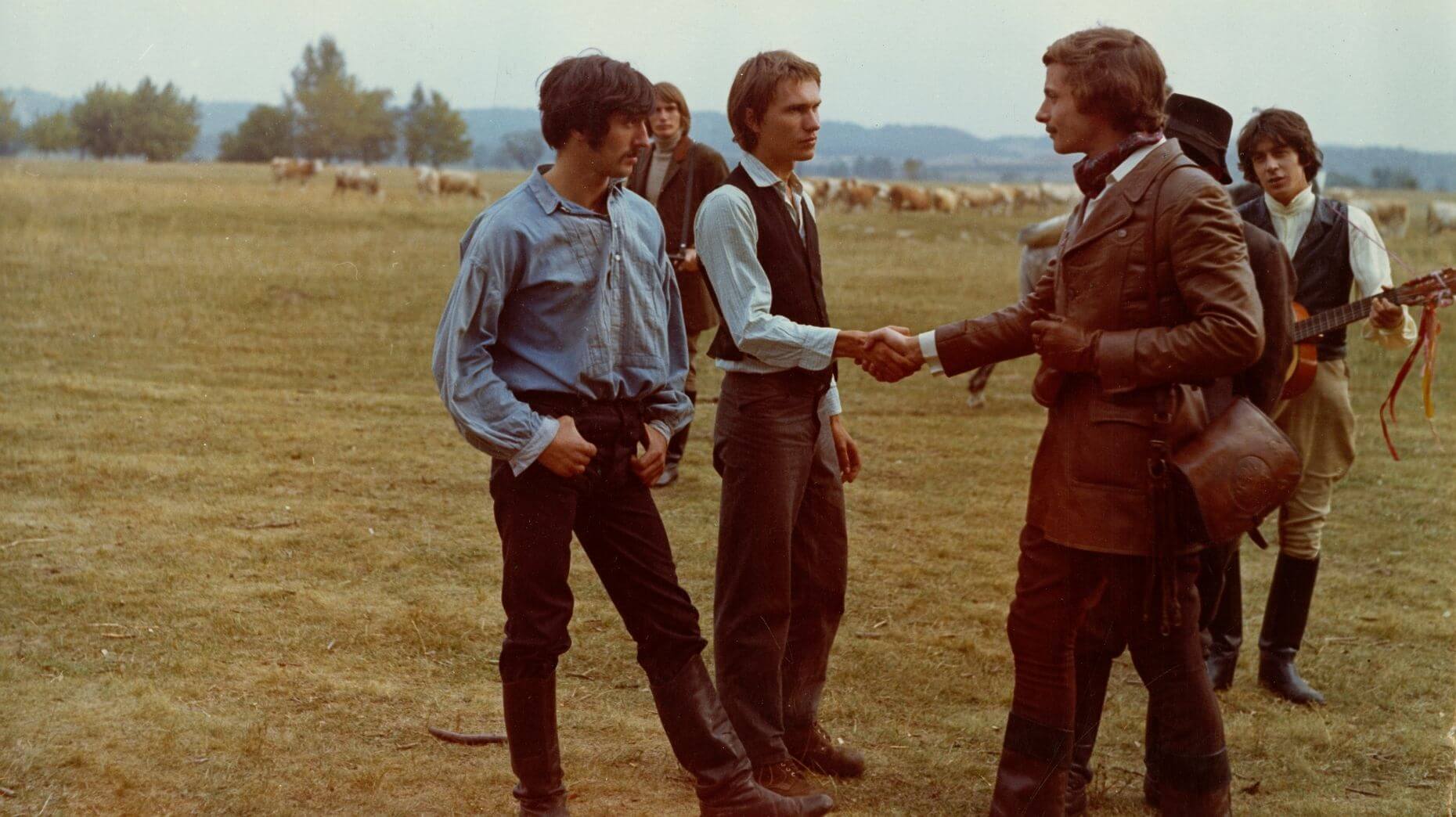